Curious about those Gems? Same.
by Ysabel Y. Yuzon for Candymag.com
Jan 23, 2021

The Twitter-trending LYKA app launched in Southeast Asia as early as March 2019, but it definitely piqued people's interest and curiosity in January of 2021 after actress Ivana Alawi's YouTube video featuring her mom went viral.

In the video, Ivana reveals the she gifted her mom with a P3.7-million car using only her LYKA Gems. "Gems lang ang dala ko, wala akong dalang cash," she jokes. The video has had seven million views as of Jan. 23.

Curious? So were we. Here's everything we know about it so far:

What is the LYKA app?

LYKA is an app that combines social media with e-commerce, content creation, and community. Like any social media app, you can post pictures, videos, text, and you also get to interact with friends and personalities (and even rate their posts). 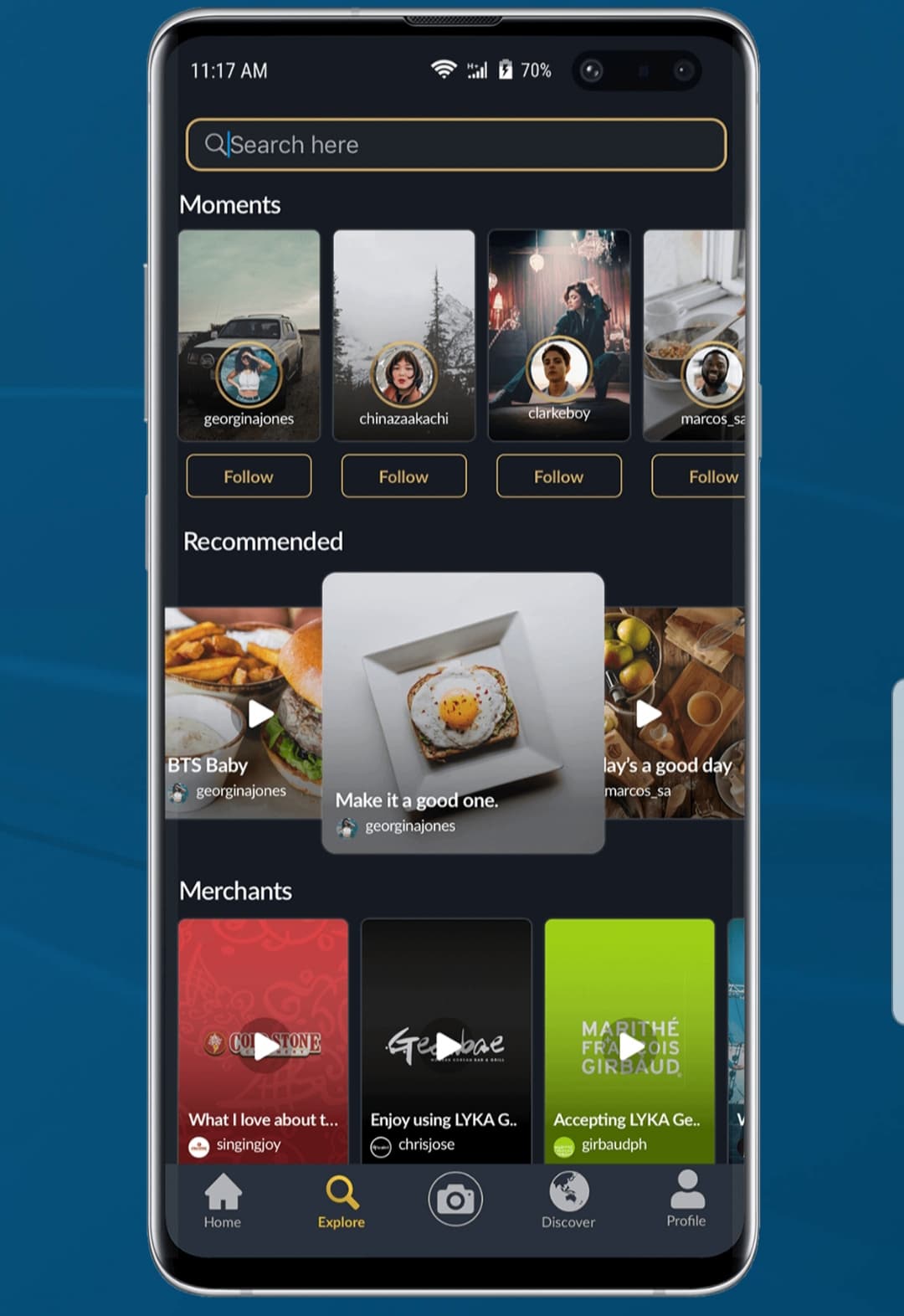 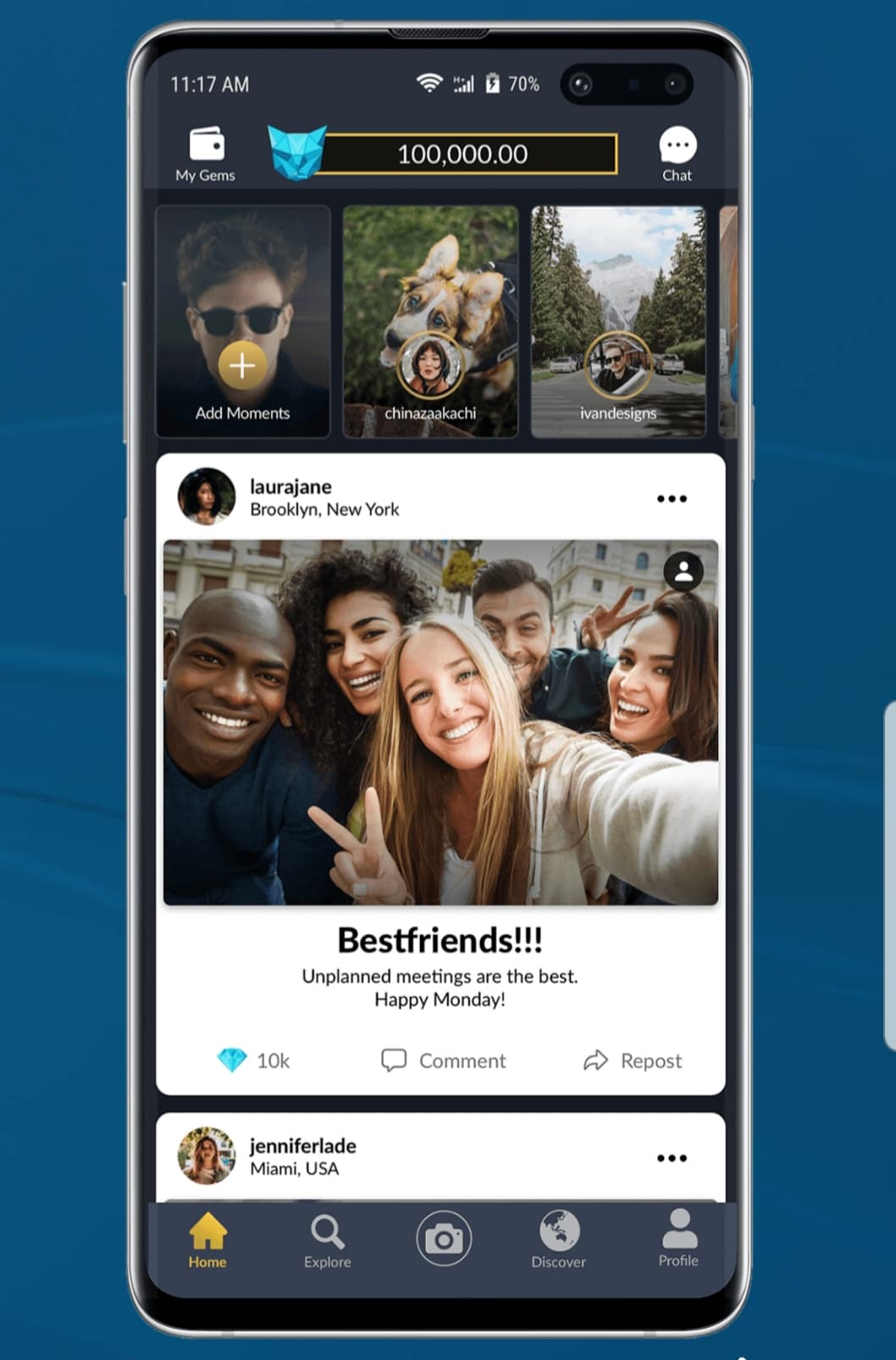 There's a newsfeed where you can view all updates, and you can also curate your profile page and somehow customize its aesthetic. Posts are also categorized since the app is focused on niche groups and interests.

According to CEO Ryan Baird on his Linkedin profile, LYKA is "shaping the future of work with a Social Wallet that pays people for their passions."

Social Wallet: What are LYKA Gems and where can you use them?

Every action you take on the app lets you collect gems, from uploading your own content to rating other people's posts. You can share and receive LYKA Gems from friends who are also on the platform. Merchants also do giveaways from time to time. According to Yugatech, 1 Gem is equal to P1, and users get five gems upon creating an account. 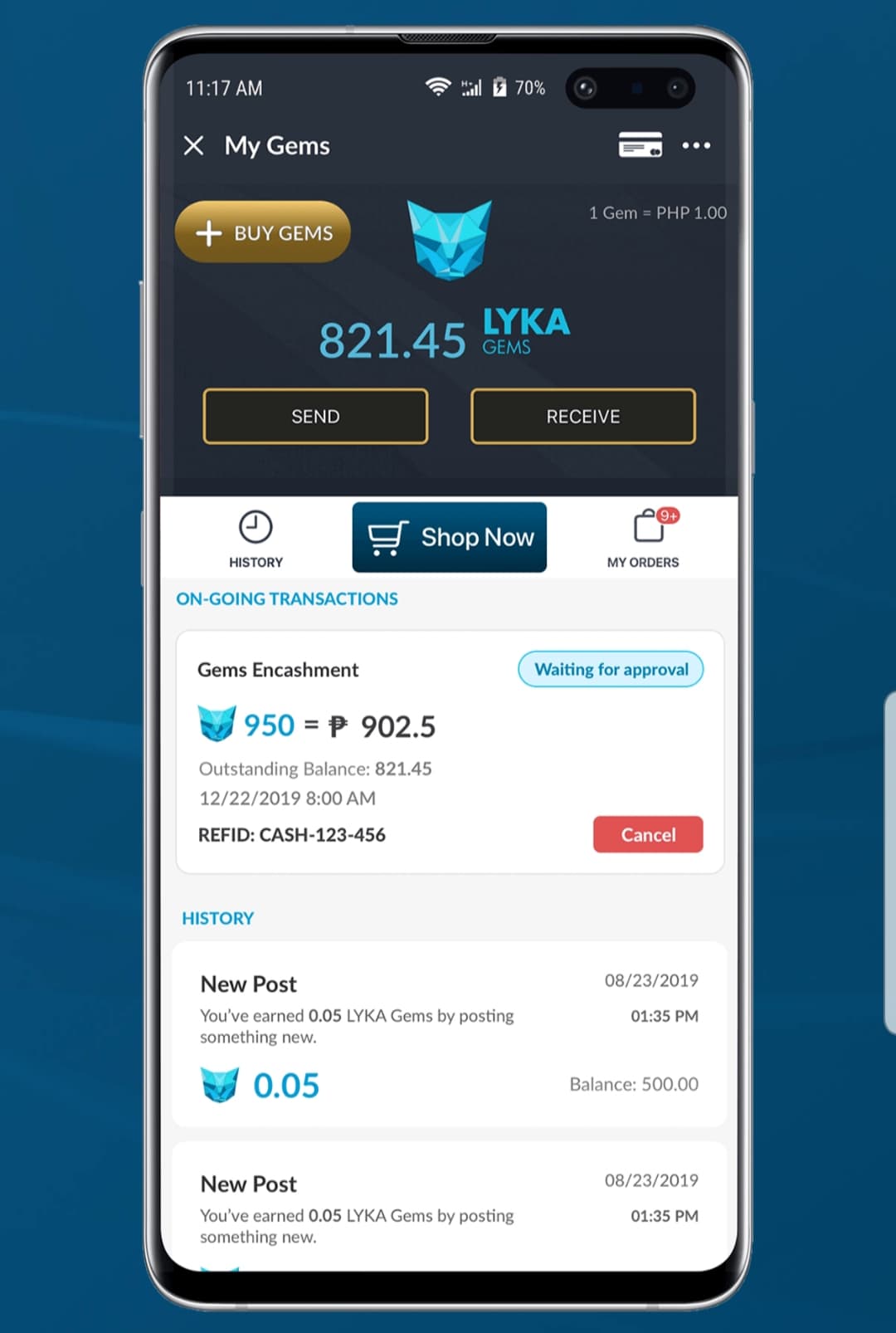 You can also use them for big ticket purchases: Vespa, Ford, and Nissan are just some of the dealerships in the Philippines that accept payment in the form of LYKA Gems.

Aside from their partner merchants, you can also use Gems while shopping at the virtual LYKA Mall (formerly the LYKA Shop... yep, that escalated quickly). 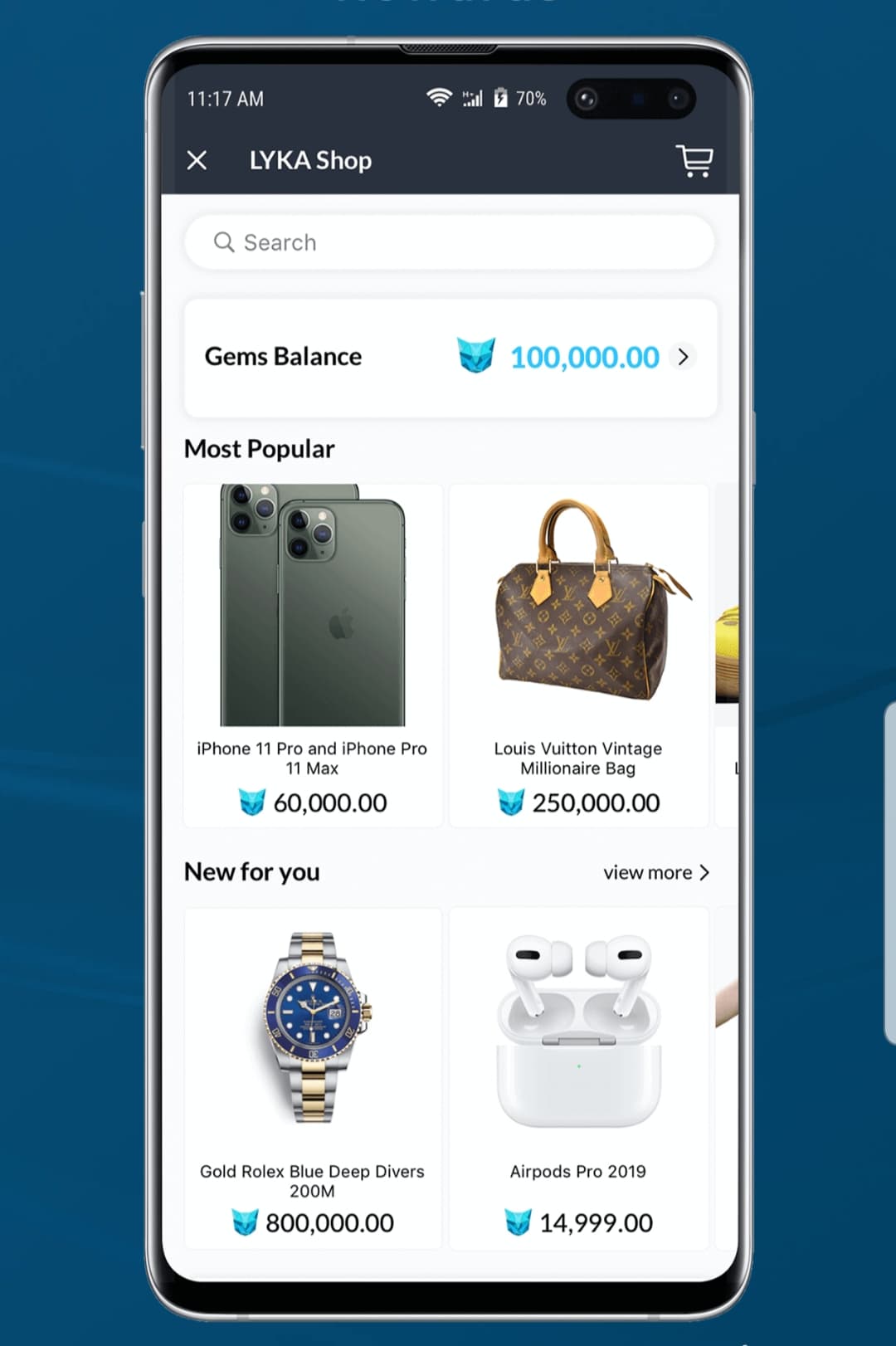 LYKA Mall is essentially an e-commerce platform within the app. You can purchase essentials like load, grocery items, gadgets, and more.

As of writing, LYKA is currently the most downloaded free app on Google Play and the App Store.

Is it safe to use?

If you've seen Netflix's The Social Dilemma, you'd know that data privacy has been a controversial topic in recent years. Similar concerns have been raised about Tiktok and pretty much any other free app that requires you to log in personal information. Most recently, WhatsApp also made headlines after users raised concerns about its *new* policy, which states that it now reserves the right to share data it collects about you with the Facebook network. LYKA is no exception, especially with its monetization feature coming across as seemingly "too good to be true" for skeptics (and pretty much anyone who knows the value of a peso).

On Jan. 14, LYKA released an official statement on their social media pages, particularly to address a security bug that affected iOS 14 users. As reported by PEP.ph, iOS 14 users were concerned that the app could access or even record their phone's cameras and microphones in the background even when the app's closed.

"The previous glitch affecting IOS 14 has already been fixed and resolved on the last update four months ago. Our users' privacy is our utmost priority. User's data and information are kept strictly confidential. LYKA will never put our users' security at risk. Any bugs or glitches are continuously being monitored and addressed. We have hired more developers from Europe and India with the sole purpose of upgrading the security of our platform as well as to improve the speed and reliability of our app."

In a video by Cryptors Cybersecurity founder and Youtuber Alexis Lingad, he talks further about the app's privacy policy, particularly a clause that states that they may "disclose your Personal Data to an actual or potential buyer (and its agents and advisers) in connection with any actual or proposed purchase, merger or acquisition of any part of our business, provided that we inform the buyer it must use your Personal Data only for the purposes disclosed in this Privacy Policy."

This means that while the app is free, what you give in exchange is your personal information as they will be able to track your behavior, interests, and contacts. What they use it with may be harmless (like being targeted for certain ads), but in the wrong hands, "there's a possibility that they can mine your information," Alexis says.

As a precaution, the "ethical hacker" advises that, should you choose to download the app, you can opt to choose no when it asks for permission to access your camera storage or SMS.

He clarifies, however, that while there may be disadvantages, the app does not appear to be a scam and may be used to earn a profit, just like Ivana Alawi did. (Of course, if you're not a celeb, you should definitely not quit your day job just yet.)

While the verdict is still out on whether or not the app is completely safe to use, its growing list of merchants, celeb partners, and users only tell us that LYKA is here to stay. Whether or not you hop on the trend is entirely up to you. ;)

The LYKA App is currently available on Google Play, the App Store, and HUAWEI AppGallery.