Who Is Mr. M Johnny Manahan?

Five things you need to know about the starmaker.
by Esquire Philippines for Esquiremag.ph
Jan 23, 2021

For the past few days, Johnny Manahan, or Mr. M as he's known in showbusiness, has been in the headlines for his candid answers as to why he left ABS-CBN, Sunday Noontime Live's cancellation, and more.

Here's a close look at the 73-year old film and television director, actor and writer.

He had a privileged upbringing.

Juan "Johnny" Ledesma Manahan was born on Feb. 11, 1947, in Quezon City, Philippines to Dr. Constantino Perez Manahan and Elvira Ledesma Manahan. His parents were both prominent figures in their fields.

Dr. Manahan was known as the best in his field, and according to Makati Medical Center, "countless women flocked to him for his renowned 'painless birth' technique." Throughout the hospital's history, Dr. Manahan held several positions including chairman, medical director, director of research and development, and chairman of the department of obstetrics and gynecology.

Manahan's mother, on the other hand, was a society fixture known for her outlandish charm and exquisite style. She entered showbusiness and starred in a slew of films during the '70s up to the late '80s, and became a true household name as the host of evening entertainment show, Two for the Road.

EXCLUSIVE VIDEO: Johnny Manahan on Why He Left ABS-CBN 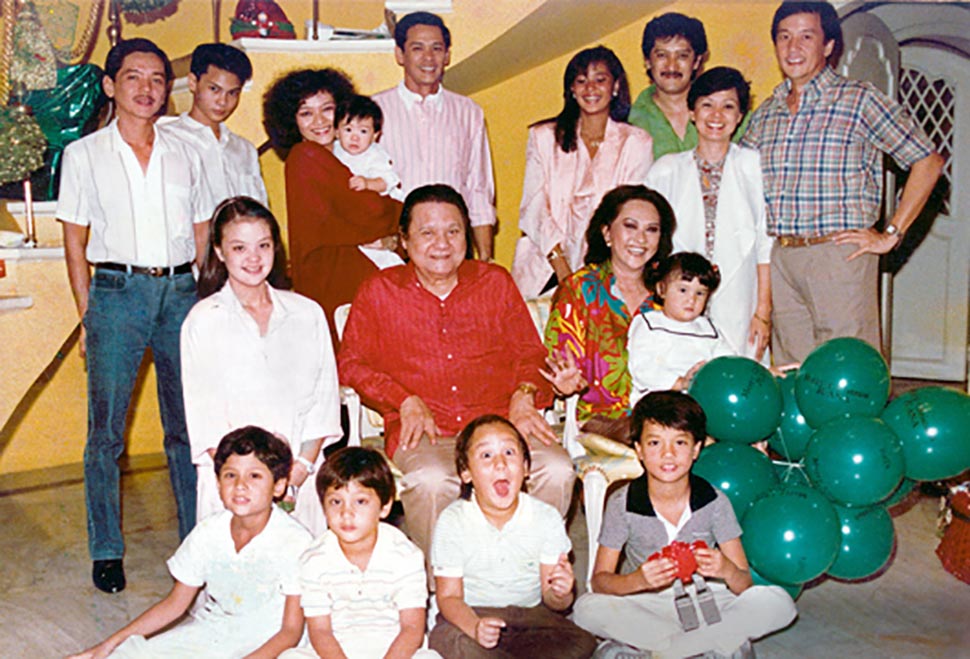 The Manahan Family
Photo by COURTESY OF THE MANAHAN FAMILY.

Growing up, Manahan went to top schools like Ateneo de Manila and the University of California, Berkeley where he earned an art history degree. After graduating, he pursued a career as a visual artist, painter, and sculptor-even receiving a Special Citation award at the Paris Biennale of Art in 1979.

He started his career in showbusiness as a freelancer.

Manahan entered the showbusiness industry as a singer on Uncle Bob's show then became a singer and writer on Jeanne Young's show. Later, he worked as a freelancer for his mother's talk show Two for the Road. This led to him directing for shows like IBC's For the Boys, BBC/City2's The Big Big Show, and RPN's Kaluskos Musmos. In the '80s, he went full-time and signed with ABS-CBN.

Johnny Manahan Talks About Brightlight-TV5 Stint, Why it Ended

He's been an important figure in entertainment for over 50 years.

Manahan, or Mr. M as he is known in the industry, has been an important figure in showbusiness for shaping the country's most famous celebrities while managing Star Magic, the talent-management arm of the Kapamilya network. Dubbed a starmaker, Manahan helped build the careers of celebrities like Claudine Barreto, Jolina Magdangal, Bea Alonzo, Piolo Pascual, Daniel Padilla, Kathryn Bernardo, and more. 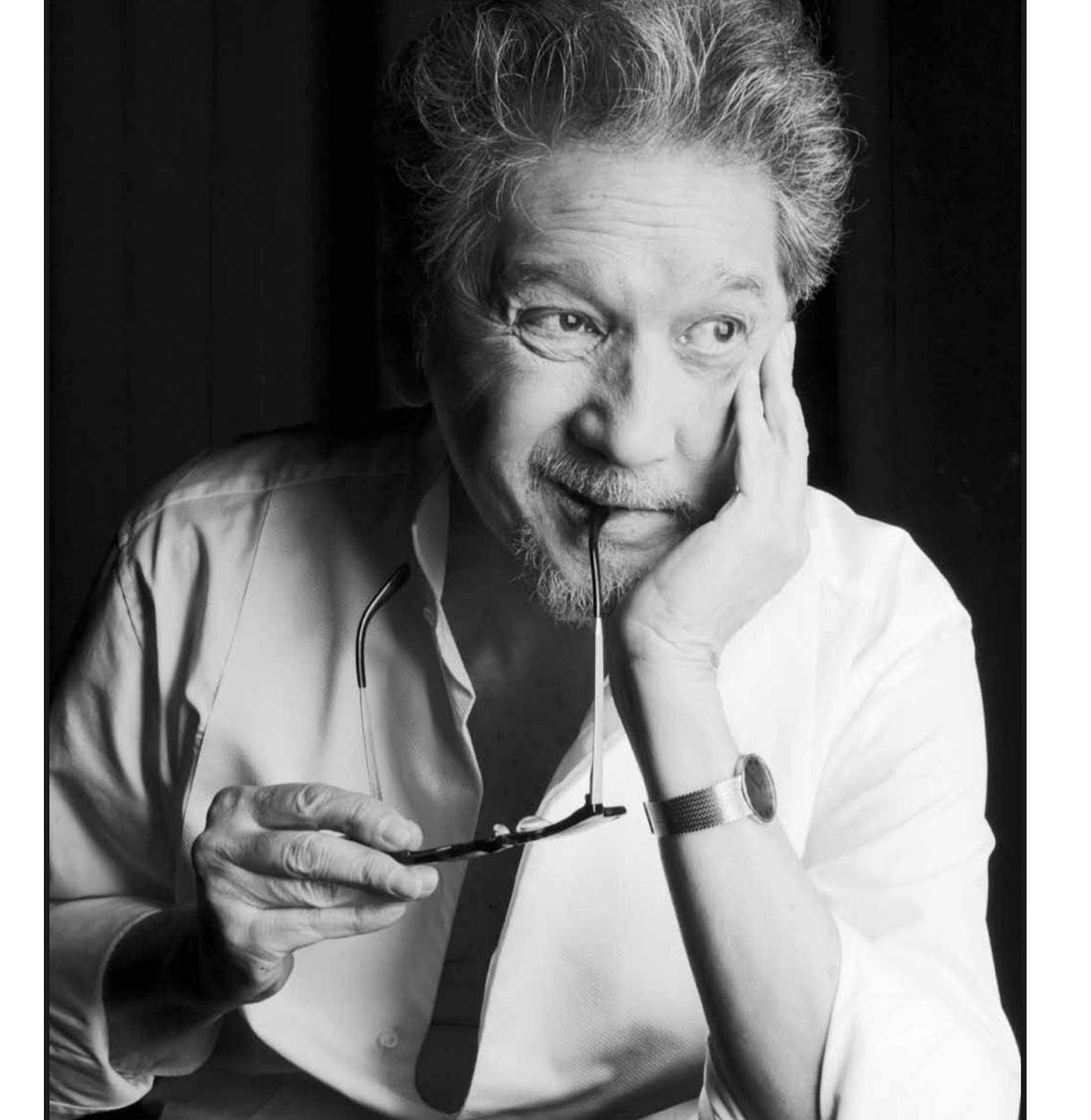 Photo by COURTESY OF JOHNNY MANAHAN.

It was in 1992 that Star Magic (formerly Talent Center) was formed by Manahan together with Freddie Garcia (the president and CEO of ABS-CBN from 1998 to 2003). Through the years, the talent center was responsible for discovering and training ABS-CBN's own pool of talents. Star Magic launched open calls for those dreamed of entering showbiz and came in for auditions. It had basic, advanced, and masters level workshops in acting, singing, dancing, and hosting for aspiring stars.

He recently left ABS-CBN and unexpectedly landed at TV5.

In September 2020, Manahan's departure from ABS-CBN as chairman emeritus of Star Magic was announced.

In an interview with Summit Media's editors, Manahan said he hadn't really thought about going back to do more work on television. "I was never meant to go back to TV," he said. "I just wanted to stay home. I wanted to clean the place. Maybe go back to painting. Smell the flowers. Here in my bunker. That's all I wanted to do."

An opportunity to help ABS-CBN employees who were displaced when the network was ordered shut down by the National Telecommunications Communications came by way of Manny Pangilinan-owned TV5. Under TV5, he produced and directed Lunch Out Loud with Billy Crawford, Alex Gonzaga, Bayani Agbayani, K Brosas, KC Montero; and Sunday variety program Sunday Noontime Live (SNL) with Piolo Pascual, Catriona Gray, and Maja Salvador.

He trended on Twitter for the past few days.

On January 20, there were over 25,000 tweets related to the name Mr. M. The internet was surprised because, in Manahan's over 40 years with the Kapamilya network, it was always rare for him to speak out.

His revelation about the existence of what he calls shadow talent management was the subject of all the talk. According to Manahan, when Star Magic was formed, Freddie Garcia told him that each boss would respect the different territories within the business. In recent years, however, other business units have already crossed over to scout and train potential talents or even manage bonafide stars.

He added, "Because they have their own stars, the suspicion [is] that they favored certain people. You know, our stars began to take it that way. 'Bakit sila pinapabor? What will happen to us?' Hay, the only way is to fight harder."

Watch A Candid Virtual Conversation With Johnny Manahan below.

This story originally appeared on Esquiremag.ph. How Watching TV in Lockdown Can be Good for You According to Science
How could you benefit from watching TV? Side Effects? PH First Vaccine Recipient Says He Feels Good
What's it like to get vaccinated with Sinovac?